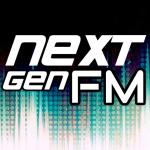 Turn on the radio, you are bound to hear sports talk.

Turn on the radio, you are bound to hear sports talk.

I apologize if anyone on part15 runs sports programming on their stations, but I feel there is enough of this on the airwaves already. How many stations and shows does it take?

Sure there must be a huge market and interest in this sort of thing, and I understand that, but I would like more non-sports programming. I understand sports are a big part of people’s lives, but radio years ago did not have so much sports talk. Rather, broadcasts were limited to live play by play action of games. I can appreciate this much more than talking about the game after the fact. I just feel it is not as stimulating mentally on radio as it is to watch sports live.

For example, I have read on part15 about bringing back old time radio stories. That is a great idea. Modernize them, make them more exciting sounding. Do a Transformers radio adaptation. Do more educational shows, especially on AM. Just because it doesn’t sound as good as FM is no excuse. It has a certain aural quality that makes the imagination churn more I think, rather than having the harsh reality of FM blast you in the face like you hear on most stations with belching DJ’s.

Perhaps it’s because people would rather not use their imaginations anymore. Nothing is wrong with watching television or movies, but in radio, it is different. It’s a conversation of ideas, it is just you and the idea. Maybe not as stimulating to the senses, but more stimulating to the mind.

Sorry if this came off as a rant, but I needed to put it out there somewhere. There is just so much frequency space being gobbled up by sports talk.

I am doing most of these things on my part15 station, and I wonder if others feel the same.

Thanks and keep on broadcasting!